Environmental activists from the Extinction Rebellion group have occupied a Valaris-owned jack-up rig berthed in Dundee to prevent it starting work in the North Sea for Anglo-Dutch supermajor Shell.

Extinction Rebellion Scotland said three of its activists boarded the Valaris 122 rig at Princess Alexandra Wharf at the Port of Dundee earlier on Monday.

“They intend to stay there for several days,” the group said.

The rig is expected to start a contract with Shell later this month to carry out work at the Shearwater field in the central North Sea.

A Shell spokesperson said: “We’re aware of the protest action on the Valaris 122 rig. The safety of those involved — both protesters and workers — is our prime concern.”

Extinction Rebellion added: “[The activists] are planning an extended occupation and Extinction Rebellion Scotland have a series of solidarity actions lined up over the next 10 days, some that we are going to try and spread as far and wide as possible.”

The group also said in a Tweet it was time to “confront the North Sea oil and gas industry head on”.

A spokesperson for Forth Ports, owner of the Port of Dundee, said it was made aware earlier on Monday that a number of apparent protestors had made their way via the River Tay to the jack-up rig Valaris 122.

“We have deployed one of our pilot boats at the scene and this will remain in attendance as a safety precaution should anyone require assistance. We are also liaising with the rig’s owners and with the relevant authorities,” the spokesperson said.

Trade body Oil & Gas UK (OGUK) condemned the action as a “dangerous and short-sighted stunt” that does “absolutely nothing to help deliver net zero carbon emissions by 2045 in Scotland”.

OGUK chief executive Deirdre Michie said: “Worse than this, we know that the premature shutdown of the North Sea would only increase reliance on oil and gas imported from across the world where we have no control over emissions and with none of the substantial benefits our indigenous industry brings with it thousands of skilled jobs, the funding of public services and energy security.

“This stunt puts both the activists and offshore workforce at risk and our industry — with its focus on safe operations — will not condone these actions.

“If Extinction Rebellion is serious about net zero then it needs to become serious about what will be required and recognise the critical contribution our industry could make if it realises its full potential to support the transition to a lower carbon and more diverse energy mix.” 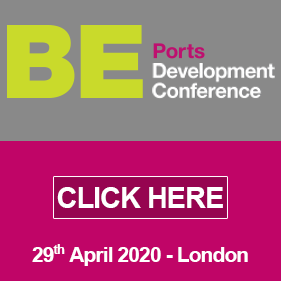