In our second edition of the Port pro of the month, we are interviewing Mr Paolo Emilio Signorini, President of the Port of Genoa and Savona (Italy). As President of one of the busiest ports in the Mediterranean, we asked him about his views on the current state of play in his port, his vision for the future and his opinion on some challenges which ports are facing today. 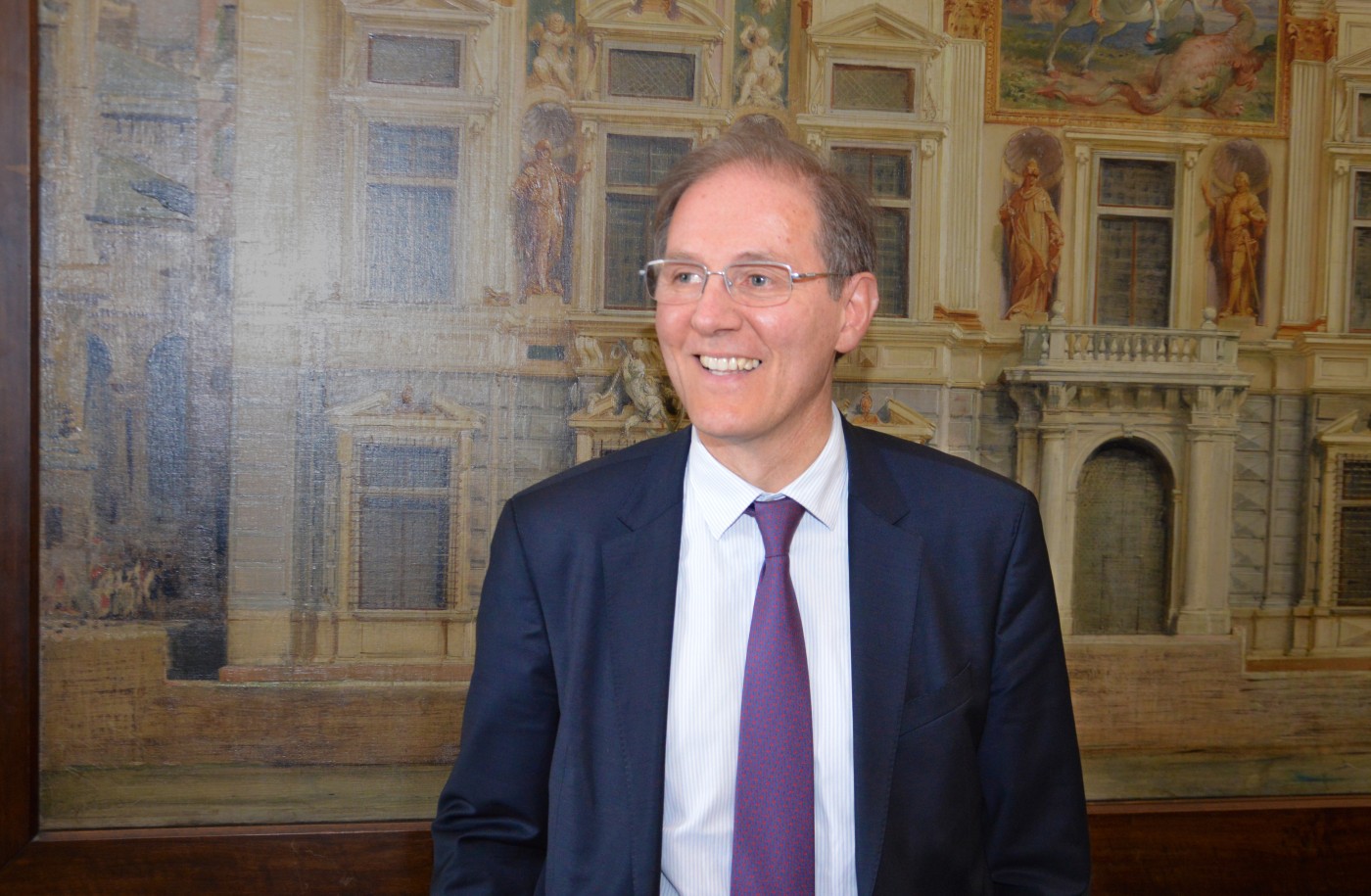 With the Reform, 24 Port Authorities merged into 15 Port System Authorities. The new Authorities of Genoa-Savona (West) and Trieste (East) have been identified by the Government as the main gateways of the country, deserving investment priorities. The Central Government has partially re-centralised the port planning and strategic decisions at national level, in order to avoid overlapping in port investments and to be more selective in project prioritisation. For this purpose, a new National Fund for Ports will be established in the near future, ensuring adequate financial resources to strategic infrastructure projects. Finally, the Reform has simplified the governance of the Port Authorities separating the executive board (with usually no more than 5 members including the President) from the partnership board, which is composed by all the port stakeholders and has an advisory function.

There are three main challenges before us to make the Reform fully operational:

What is your vision for the Ports of Genoa and Savona for the next decade to come?

Our ports system is a multi-commodity and multi-site deepwater port, capable to accommodate all types of vessels. The Ports of Genoa rank first in the Mediterranean and sixth in Europe in terms of commercial throughput (expected 2.6 million TEUs in 2017). In Liguria, over 100 000 people are employed in the «maritime and port economy», and the Region ranksfirst at the national level in container port handling, touristic ports activities and cruising (second in Europe) and second as concerns the presence of shipowners, shipbuilding and ship repair.

We are the northernmost ports in the Mediterranean and the closest from China to:

Our first ambition is to become the most reliable Mediterranean gateway along the southern route between Asia, the Middle East and Europe, by providing a smooth and seamless integration between deep-sea shipping and efficient intermodal services. In order to achieve our goal, we have to:

The above increase in volumes of seaborne goods asks for both the removal of the hinterland transport bottlenecks and the adaptation of existing port terminals to new operational requirements following improvements in ship size and capacity:

We finally aim to consolidate the whole cargo segment portfolio (container, but also other valuable market niches such as ro-ro, liquid and dry bulk, etc.)

Our second goal is to foster technological innovation and digital growth for a fully integrated supply chain. As the first port in Italy, Genoa is now implementing the integration of the Port Community System into the digital National Logistics Platform (NLP).

Finally, we want to improve our mutual relations with the surrounding communities by decreasing the carbon footprint (e.g. LNG, modal split, renewable energies, etc.) and by offering a regenerated waterfront for citizens and increasing cruise tourism.

During the last meeting in Brussels to update the Corridor Work Plan, the Corridor Forum has approved an extension to the recommendation “Large projects are central to resolving cross-border bottlenecks”, adding “and improving hinterland connections from ports” so that both the Third Railway Pass (Valico dei Giovi) and the new motorway bypass of Genoa (so called Gronda) are now considered strategic projects and are eligible for EU financing and technical support from the Juncker Plan. Being part of the Rhine-Alpine Corridor is also very important in order to attract major foreign investment from EU Members or other States which have to comply with European transport policies, as for example it was clearly stated in the recent meetings of the EU – China Connectivity Platform.

Both the Ports of Genoa and Savona are popular cruise destinations. Currently, debates on the sustainability of cruise tourism are very topical in a number of port-cities. Is sustainable tourism on your agenda? How do you think ports and cities can contribute in ensuring that cruise tourism remains a sustainable form of tourism?

We feel a positive trend of our cruise business for the years to come and jointly with local administrations, we are building a system which will permit us to receive more cruise passengers. Tourism is a great asset for both the ports of Genoa and Savona, as it generates jobs and therefore more wealth on the territory. So far, Genoa and Savona do not face sustainability concerns with respect to cruise tourism, but major infrastructure projects to ease road, train and air accessibility and urban mobility need to be implemented. 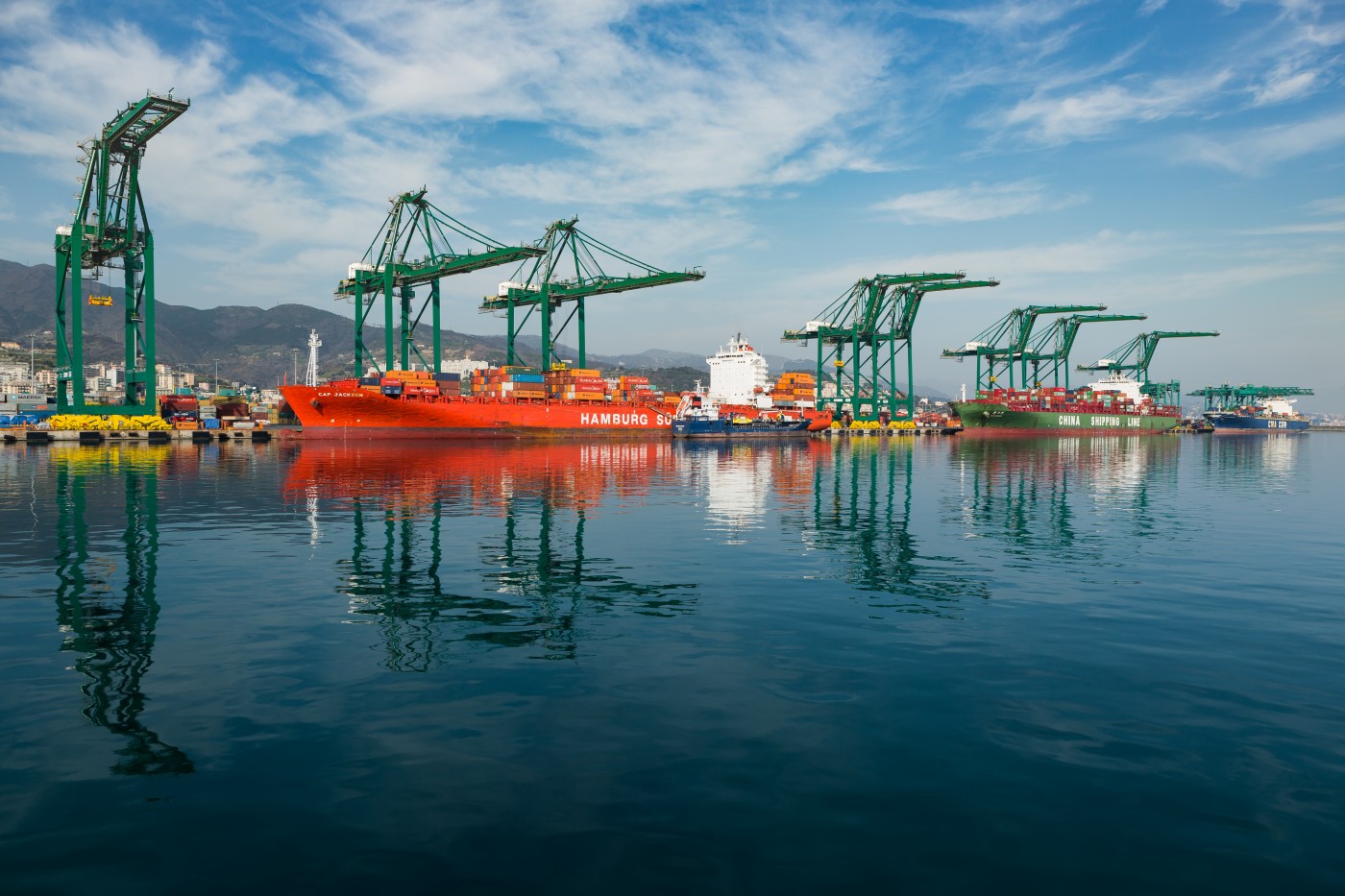 There are three main ongoing national strategic investments to improve maritime and land accessibility to the Ports of Genoa and Savona:

These projects are crucial to implement TEN-T policies along the Rhine-Alpine Corridor and need EU, national and private financing.

The above large-scale projects are strengthened by other medium-scale investments, still carried out by national network concessionaries, such as the complementary rail infrastructures and the technological upgrades along the Rhine-Alpine Corridor or the upgrading of the highway exits of Savona/Vado – to ease accessibility in the area.

Finally, the Port Authority together with the Regional Government and the Municipality are drafting the project documentation of the waterfront in order to open more and more areas of the old port to urban life.

The success of any company depends of the quality of workforce. How do you, as a port CEO, motivate your co-workers?

The new Port Authority of Genoa/Savona started operations at the end of March 2017 and the merger is now completed with the approval of the Budget 2017, the organisation chart and a Performance Review Board. As a consequence, the Board is going to adopt a performance management system, based on a pay-for-competence approach. Putting organisational and relational individual competencies at the centre of the evaluation and compensation policy means that workforce and human capital are in the center of the strategic issues of the Port Authority.

The Port of Genoa is part of the ESPO EcoPorts Network. Reducing air pollution and CO2 emissions is crucial to protect the environment, improve public health and address the challenges of climate change. How do you think a port can contribute to reducing emissions?

In Genoa and Vado, there are some cold ironing plants in operation or about to become operational in order to mitigate air emissions from ships and noise pollution. However, the best option to achieve a real reduction in air pollution today is a change of feeding in the engine of the vessels. This means for example the use of LNG solutions. The Ports of Genoa and Savona consequently will organise, in a short time, such a service.

ESPO is a partner of PORTOPIA, an FP7 project that aims to measure port performance. Are you measuring your port’s performance?

First of all, we are looking forward to attending the Final Event of PORTOPIA on November 9, 2017 to hear about the outcome of the project.

We regularly collect and publish on our website the following main data and indicators: full statistical data (cargo and passengers), socio-economic impact analysis (employment, port revenues and investments, value added generated by port activities), and modal split. Our goal is two-fold: to provide customers with key indicators of the overall port performance and to generate knowledge that will allow us to develop new tools to support policy decisions concerning transport, logistics and social economic impact of port activities.

You were already very familiar with transport and infrastructure policy in your previous work experience for the central Government. Where is the novelty in the job you are now performing? What is the most challenging part of your job and what is the most beautiful?

To be part of the big European port family puts you in trenches much more than working for the central Government. You need to give answers to daily emergencies and work for the medium term at the same time. In my previous experience, I dealt more with other transport sectors such as motorways, railroad and airline, where the relationship between the Conceding Authority and the private concessionaries is more regulated.

Today, ports face an unprecedented operational and managerial pressure on marine, port and inland infrastructures due to ocean carriers’ consolidation and massive cargo peaks. Fierce competition among ports and among terminal operators undermines the bargaining power of the Port Authority. The main challenge for a Port Authority is to find its own competitive position in the global market; nowhere the term “glocal” is more appropriate.

There is no doubt that today is a fascinating time to compete in the worldwide shipping and logistics markets. In this time of European discontent, we have a tremendous opportunity to show to the world what Europe is about, starting from the implementation of the TEN-T policies and the role that ports play in that picture.