For this month’s Port Pro of the Month, we are interviewing Mr. Dan Nicolae Tivilichi, the Director General of the Maritime Ports Administration SA Constanta. In what follows, we will talk about the opportunities and challenges of the Port of Constanta, its hinterland connections, its geopolitics and the importance of cooperation between European ports. 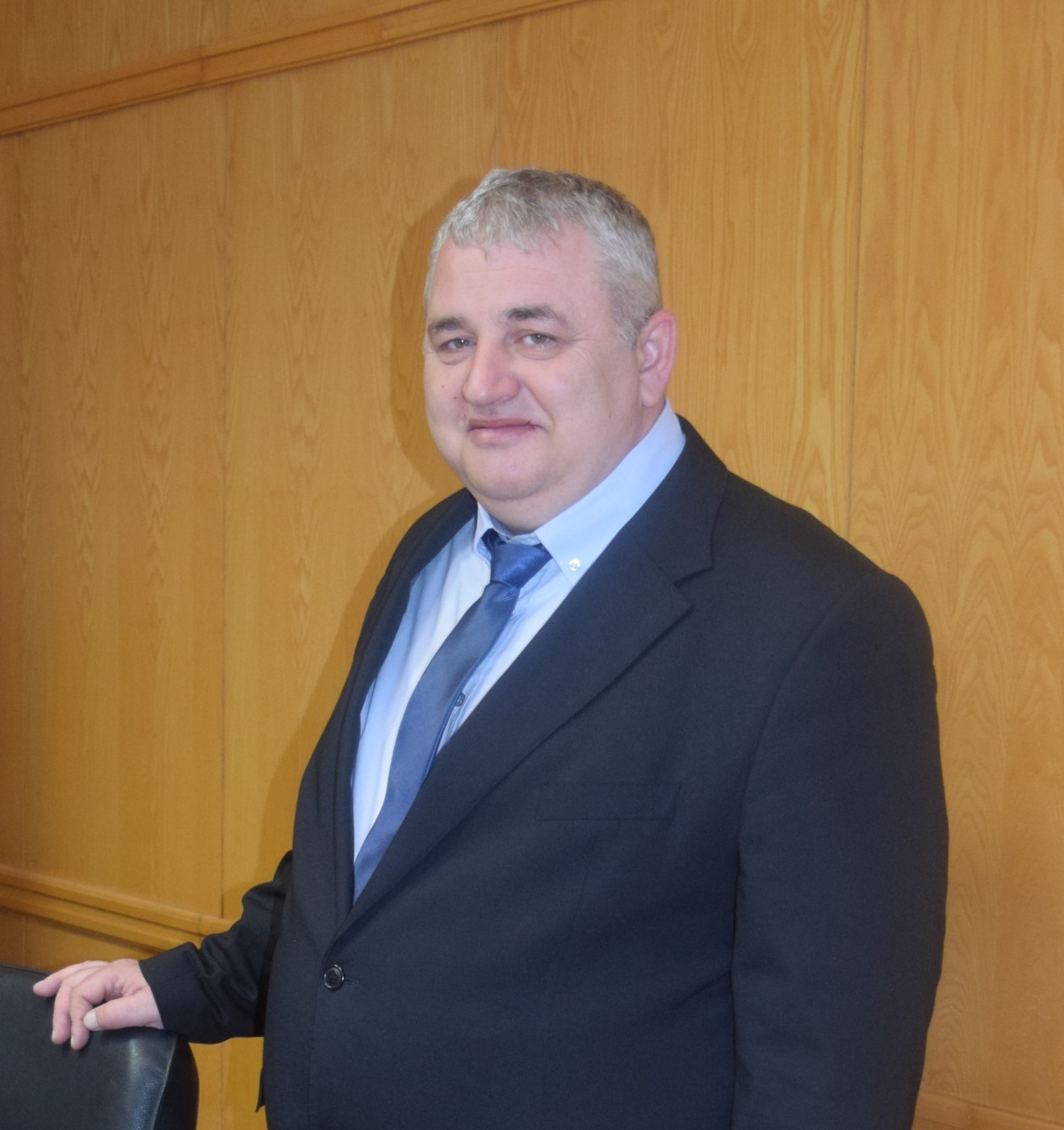 Can you briefly present the Port of Constanta? What are its main characteristics and challenges?

The Port of Constantaoffers a lot of advantages, among them we can mention: the connections with all means of transport (railway, road, river, airways and pipelines), facilities for all types of cargo, modern facilities for passenger vessels, free zone customs facilities, land availability for future expansion, natural operational depths up to 18m and last but not least the connection with the Danube River, through the Danube-Black Sea Canal.

Constanta has the largest container terminal on the Black Sea, but the latest major achievement is its status as agribulk hub for Central and Eastern Europe, a major role in achieving this status is played by the connection to the Danube River. The low cost of transportation and the large quantities that can be shipped on the Danube offer an efficient alternative to the congested European rail and road transport.

So, all of the above-mentioned elements have contributed to the 2017 throughput of 58.9 mil. tonnes and the expectations for 2018 are even higher, as we expect to surpass 60 mil. tonnes.

The biggest competitive advantage of Constanta Port in terms of bulk products derives from the use of the Danube as the main access route to/from the hinterland. This advantage is so important that, in the agricultural agribulk segment, Constanta has a very competitive position, and managed to become the main export port of agricultural products in the European Union since 2013. However, even though the Danube is heavily used for transporting bulk cargo, the Constanta – Budapest Danube segment is not so much used for container transport, as the lack of predictability of transport conditions affects this type of traffic, which depends on a strict timetable.

What is your vision for the Port of Constanta for the next decade?

For the next years, we would like to achieve the following objectives: digitalising port operational flows by developing an electronic port community system over the next 3 years, developing new logistics products in the hinterland, new and existing initiatives to improve the conditions of the railway infrastructure, ensuring all the necessary conditions for increasing the traffic of energy products (oil and petroleum products) and developing the Ro-Ro traffic. 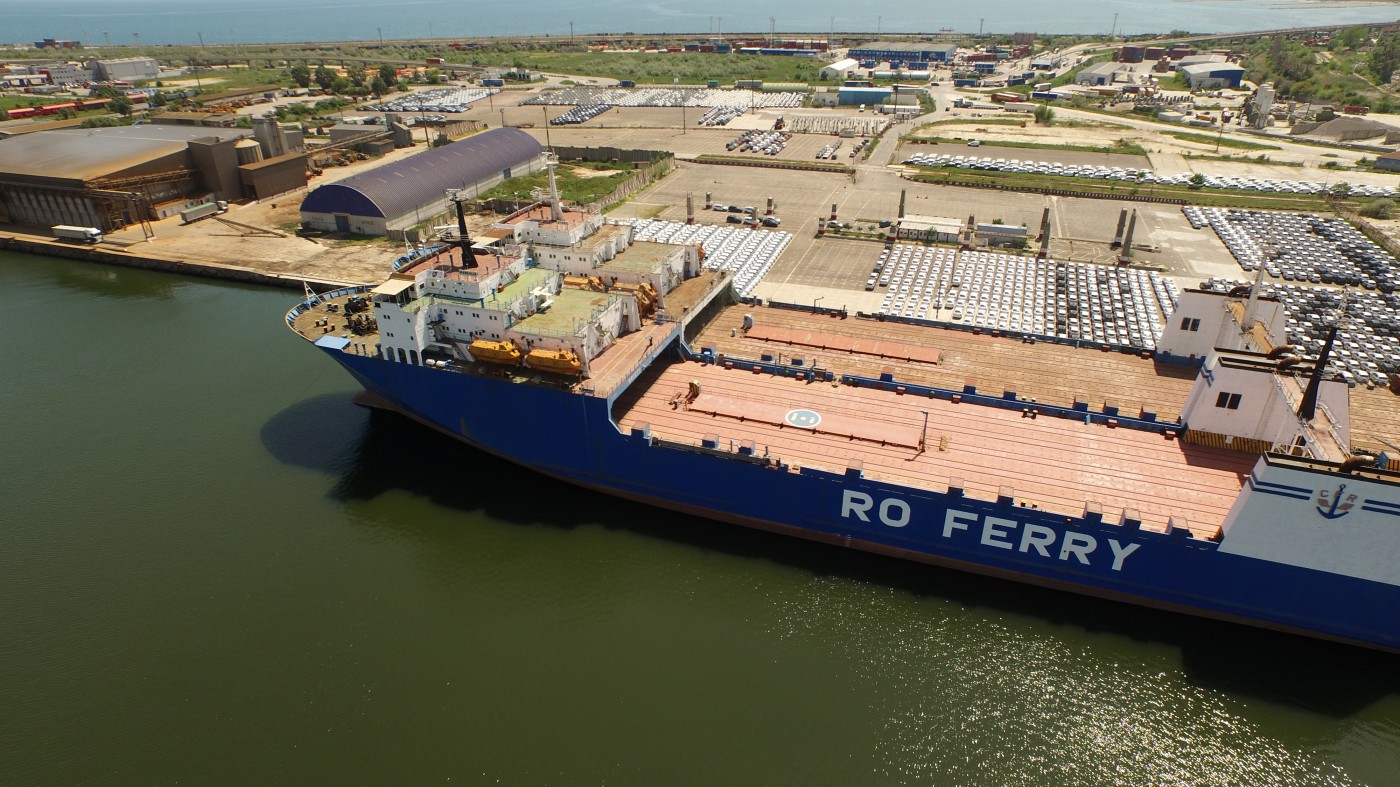 As from January 2019, Romania will be taking up the Presidency of the Council of the European Union. In this context, we are wondering what the main EU policy priorities for the Port of Constanta for next year are?

One of the objectives for Constanta is to become an energy hub. Besides the facilities already existing in the port, we’ll have to develop new categories for energy related cargo. In this geographical context, we have to take into consideration the exploitation of the Black Sea oil and gas fields that are very closely located, leading to new port services that have never been performed before, and which are dedicated to oil rigs activities.

Another energy infrastructure development project will be related to LNG and our port’s role on the Danube distribution network. Constanta has to be a supply centre for LNG, according to the Danube LNG Masterplan, provided by Pro Danube International. Besides bunkering and distribution, Constanta can become a point of entry for new gas suppliers on the energy market in Central and Southeast Europe in the future.

The Port of Constanta functions as a hub for the Black Sea Region and a distribution centre for Central and Eastern Europe. Could you briefly describe the main traffics in your port? What are the main challenges related to them?

The connection to the Danube River gives us the status of agribulk hub. Crops from Serbia, Hungary and Romania are being exported and transit on the Danube through the Port of Constanta.

Grain traffic through the Port of Constanta has approximately tripled over the last nine years,  and represents about 30% of the total transit of goods. In the Port of Constanta there are 11 grain terminals with a total authorised capacity for storage of over 1.25 million tonnes of cereals, more than half of these silos being built in the last 10 years. This new regional agribulk hub has made it possible in the last 10 years to create a complex system of stakeholders at national level, whose activities depend on the port of Constanta: agricultural producers, road, rail and river traders, distributors, storage facilities, shipping agencies and exporters. The most important world grain traders are engaged in the port activity in Constanta, building outposts for operation and storage along the Romanian Danube sector. The result is a dedicated agribulk system for all the parties involved in business, with the great advantage of predictability, business opportunities and whole new segments of the economy that contribute decisively to the country’s economy. 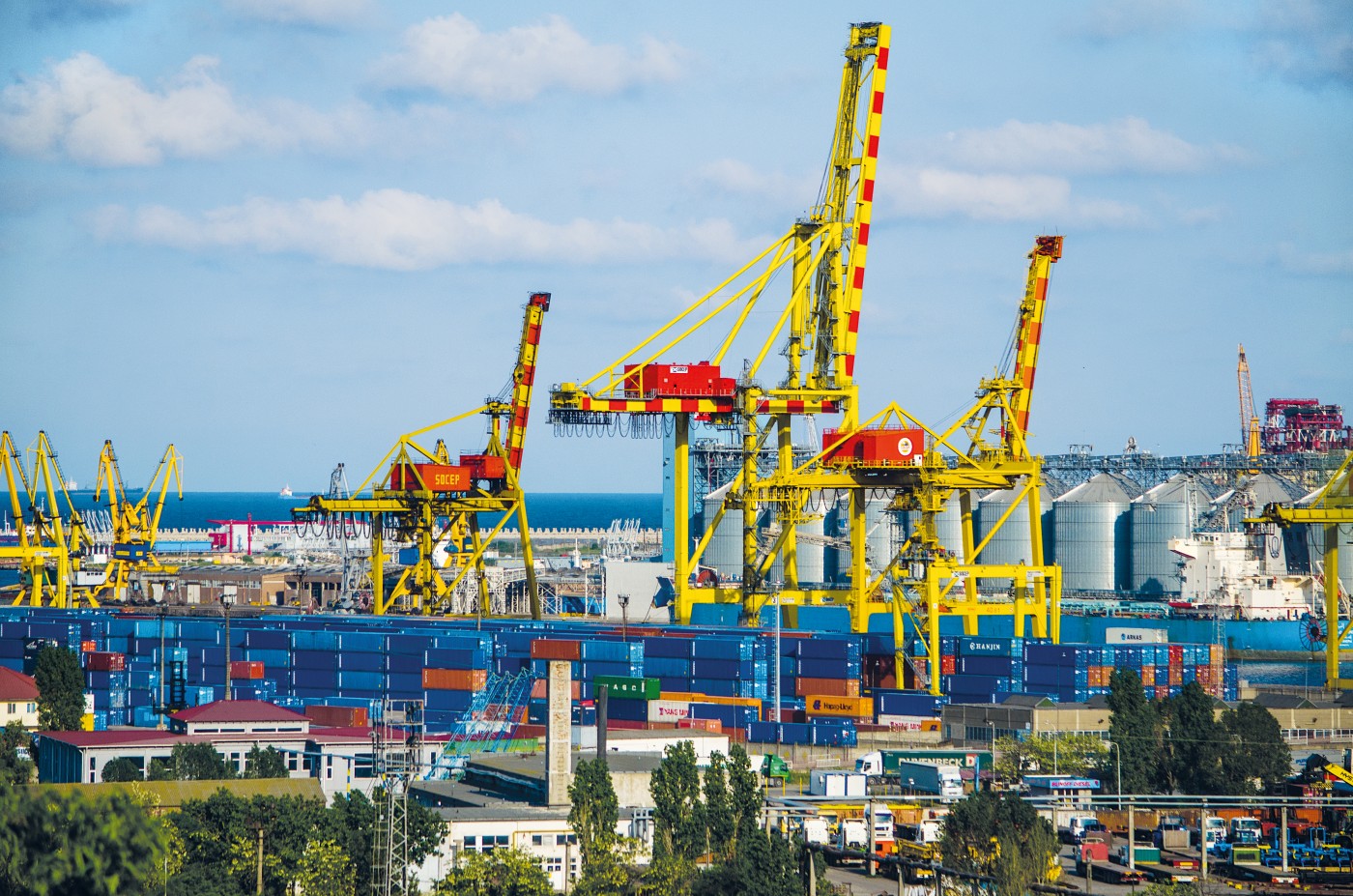 The main road connection is the A2 highway ensuring a 2-hour non-stop drive to Romania’s capital city, Bucharest; additionally, a modernised railway infrastructure links the port to the major rail lines of the country and from there onwards with the hinterland. The pipes from the Oil Terminal are interconnected with the national network, while two airports within a radius of 25 km and our own heliport provide quick transfers for light and heavy air cargo.

Currently, the Black Sea region is under pressure as a result of geopolitical tensions. Does this have an impact on the Romanian port sector?

It is no secret that the geopolitical instability in the Black Sea leads to a decrease in the attractiveness of the region and of the goods flows transited through the Port of Constanta, but there are major opportunities that Constanta is prospecting following the establishment of some cooperation relations with certain states, especially Georgia and Turkey. Until we all can see the results of the transport routes promoted by the New Silk Road, regarding the intermodal transport opportunities, targeting South-East Asia, the Middle East and the Caucasus, as an alternative for the traditional maritime routes, the Port of Constanta has to evaluate the commercial collaboration with Georgian ports, whether it is the potential of Ro-Ro or break-bulk.

Unfortunately, the political situation in the Black Sea affects the maritime cruise sector, but once again the Danube saved the day, because this year the Port of Constanta exclusively accommodated river cruises. For 2019, 21 cruise vessels have already been announced, a couple of which are maritime, and we really hope that this sector will also grow and contribute to the development of both port and city. 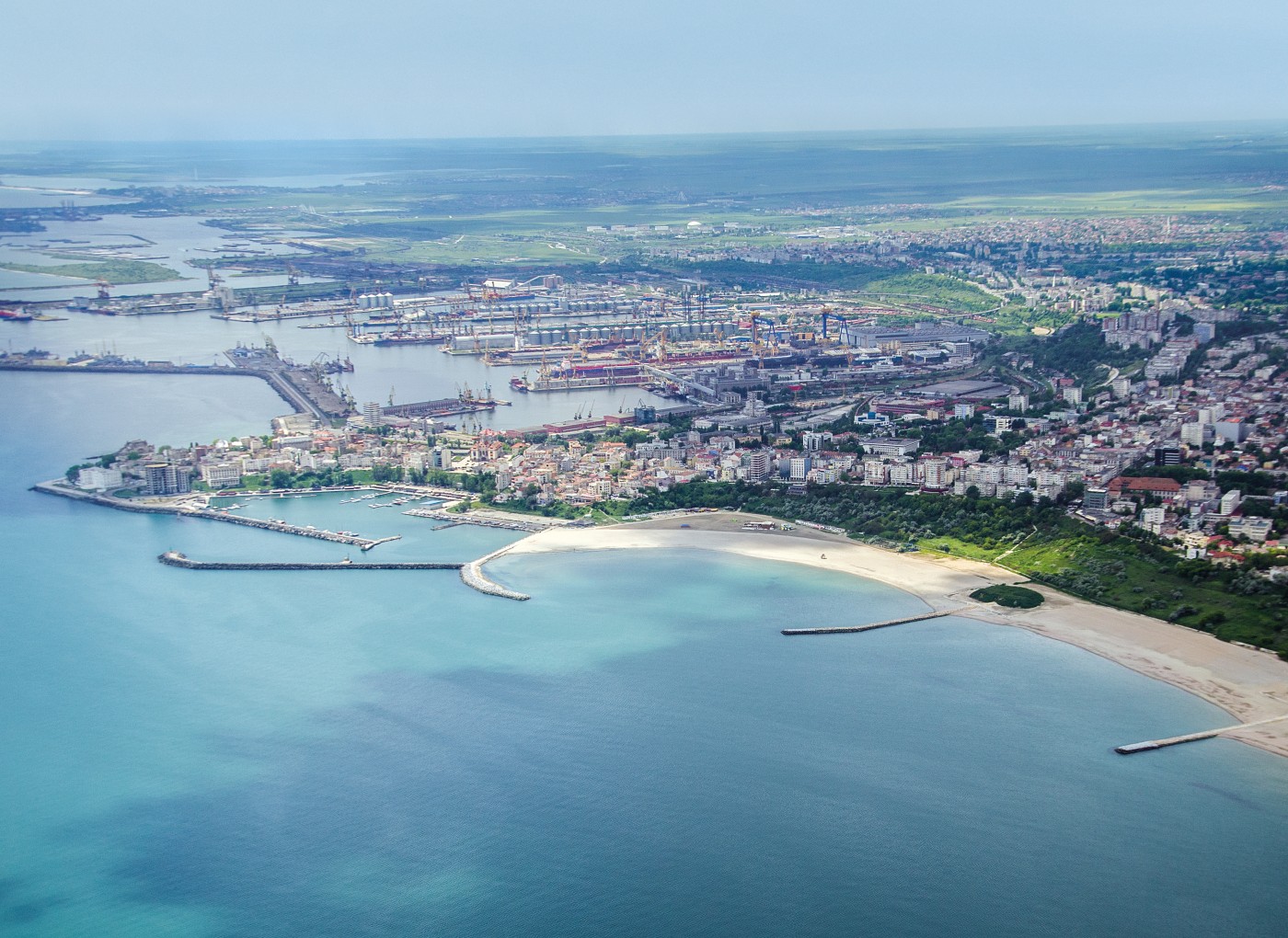 The Port of Constanta is a core port in the Trans-European Transport Network. How has being a core port been of benefit to your port?

Being a core port has incentivised the Port of Constanta to seek for alternatives for modernising the facilities and to search to assimilate good practises for other European ports. Constanta has already started to increase capacity with investments from the EU Connecting Europe Facility and the Major Infrastructure Operational Program. We already have signed the financing contract for the investment project “Implementation of a specialized berth in a high depth area – Berth 80”; the project is financed by the Large Infrastructure Operational Program 2014-2020, Priority Axis 1. The main objective pursued is the increase of the port traffic through the development of the infrastructure and by making the investment, the attractiveness of the Port of Constanta will increase compared to the other ports in the Black Sea basin.

We managed as well to sign the contract for the execution of the capital dredging, which is a priority project that will result in ensuring proper depths for the port berths.

Under the European PROTECT project, we have already begun the design and construction in the Port of Constanta of an on-shore ship waste collection facility, which together with a new signaling system and a modern multipurpose vessel for different environmental tasks, will ensure the takeover of oil and sewage from ships in Romanian seaports.

The project “PROTECT – Infrastructure for Safe Operations and Environmental Protection in the Port of Constanta” has an estimated total value of € 35 million and is co-funded by the European Union through the Connecting Europe Facility (CEF).

We hope that this is the first environmental project of a series, but we intent to start working on a new one and, at the same time, we are open to all kinds of proposals coming from the potential strategic investors, concerning recycling projects and the production of green energy.

What are the main focal points of the Port of Constanta’s environmental policy?

We operate in the port in full compliance with the legislation in force, so that the environmental aspects generated by our activities and services (pollutants in the air, solid and liquid wastes) meet the legal requirements, avoiding as much as possible accidental pollution. We have also adopted all the necessary control measures to reduce the number of work accidents and prevent occupational illnesses by reducing the level of risk. Our staff and the port workers actively participate in the achievement of environmental, health and safety objectives and programs. 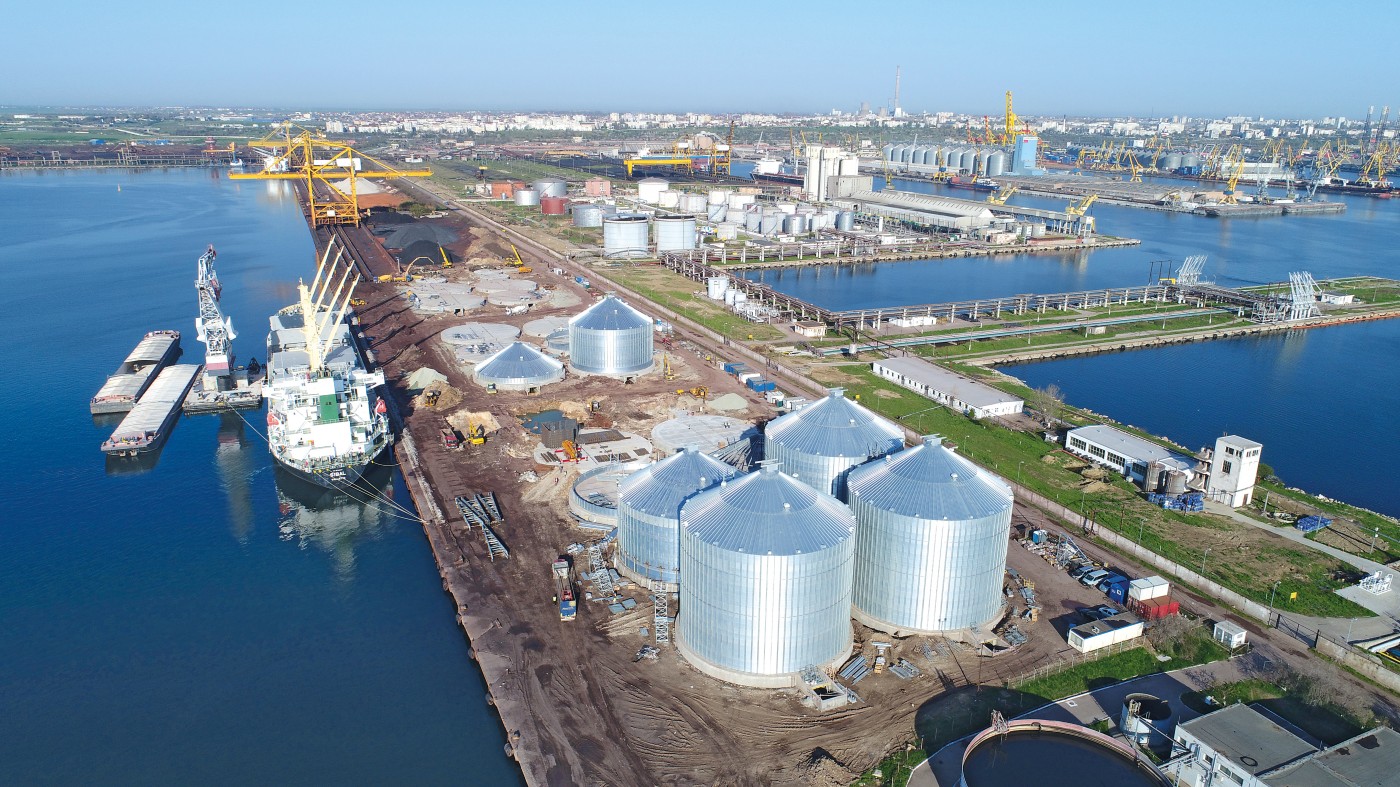 On 18 September, ESPO’s board visited the Port of Constanta. In your opinion, what is the importance and added value of cooperation between European ports?

First of all, we think that it is important that European ports start to build a long-term vision, based on the support of the European Commission and other bodies that promote the interests of ports. Working on a legislative framework that respects the diversity of European ports and that recognises the autonomy of a port authority to set its own charges and to define a minimum quality level for its service providers, is one of the greatest advantages of being part of a ‘’big family’’. It is clear that European ports are real multitaskers,so the added value should be having a direction, becoming stronger and secured through an unique vision that respects diversity.