Past pioneers, future leaders – DP World looks back and forward at revolutions in trade

Past pioneers, future leaders – DP World looks back and forward at revolutions in trade

50 years after the first British container ship set sail, we have teamed up with P&O Heritage to look back at one of the greatest revolutions in global trade – and what the next revolution could look like.

When Encounter Bay, the first British container ship, set sail 50 years ago this month, her owners, OCL, knew they were pioneers in uncharted waters. But the course they took, would revolutionise the handling of cargo for the next half century and beyond.

Their legacy continues to inspire us; as we look to lead the next logistical leap and deliver smarter trade for all. 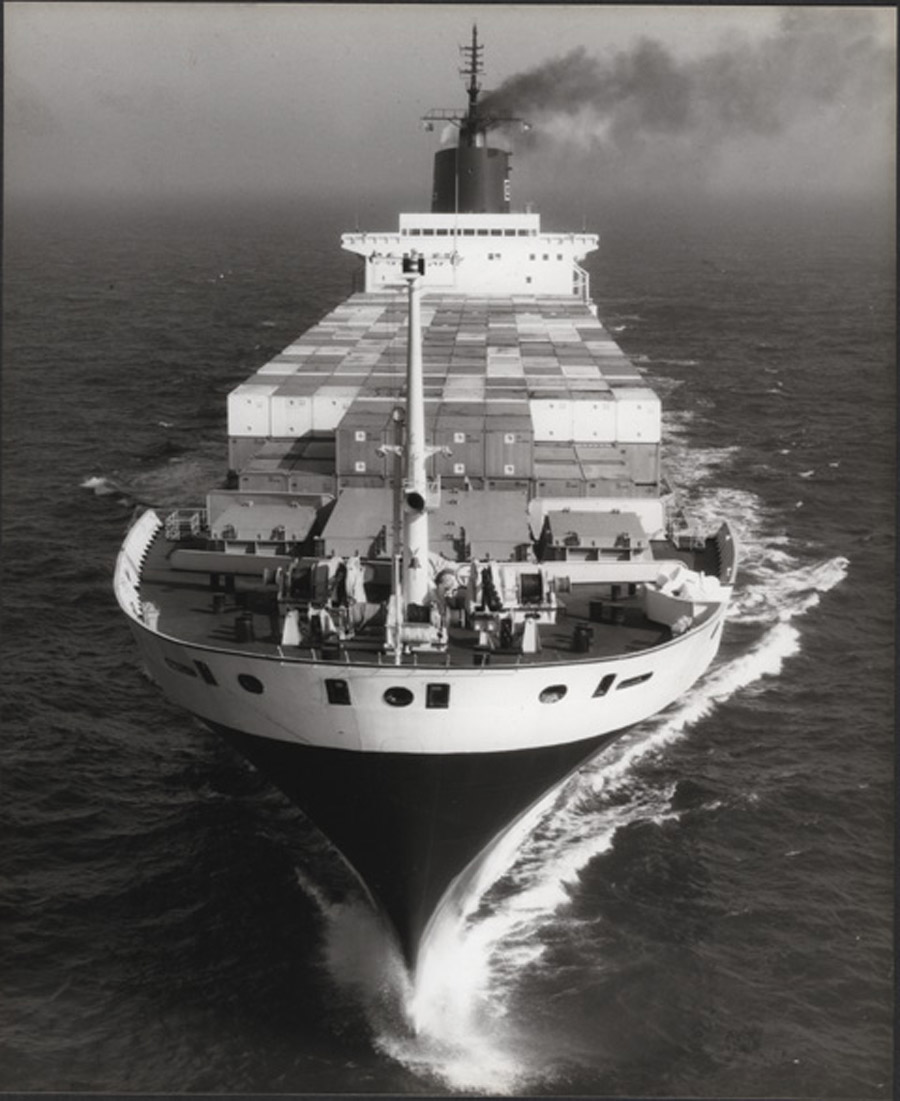 In the mid-1960s, the future of British liner shipping was under the threat of growing competition from the US and Malcom McLean.  As the inventor of the container, and owner of Sealand, Mclean had a competitive advantage:

“…the USA, led by McLean, had the ball at its feet in front of an open goal.”

“The formation of OCL will one day, when our successors look back on it, mark the moment when a new design for cargo liner operations…began to be sketched out”.

As radical and revolutionary as the move from sail to steam, containerisation called for an entirely new transport system and major capital investment in logistics and infrastructure (including ships, ports, roads, rail and distribution hubs).

Collaboration was critical to the success of containerisation. With some of biggest names in liner shipping in tow, OCL was well placed to lead Britain into the box age.