A new £20 million car logistics base, which could create up to 200 new jobs, has been unveiled for the South Bank.

It would feature a 4,600 sq m pre-delivery inspection and office facility, with storage space for 14,750 cars, and follows the BMW development it has just brought forward.

The proposal, with North Lincolnshire Council now, is for land located opposite VPI Immingham combined heat and power plant, close to the Rosper Road junction with the A160, and alongside the southern-most aspect of the proposed Able Marine Energy Park.

Able’s business development director, Neil Etherington, said the final investment could be around £20 million, depending on requirements of the end user.

LOCATION: The site for which the application has been brought forward, with VPI Immingham opposite, and the BMW facility being built out to the top of the image, with the hardstanding in place as part of the first phase of works for Able Marine Energy Park.

Cars both for import and export would be able to be accommodated on the site, which is being brought forward speculatively.

Mr Etherington said: “The proposed development is to meet what we see as the increasing demands from the motor manufacturers in respect of new storage facilities for both imported and exported new vehicles. The market is strong and our confidence is high that we will secure further new occupation.

“This, of course, follows on from the recent new contract that we have with BMW which covers an approximate area of 100 acres and includes a new pre-delivery and inspection facility of around 5,300 sq m.

“Depending on customer requirements, the extent of the development, which may ultimately require new buildings, could represent around a £20 million investment. 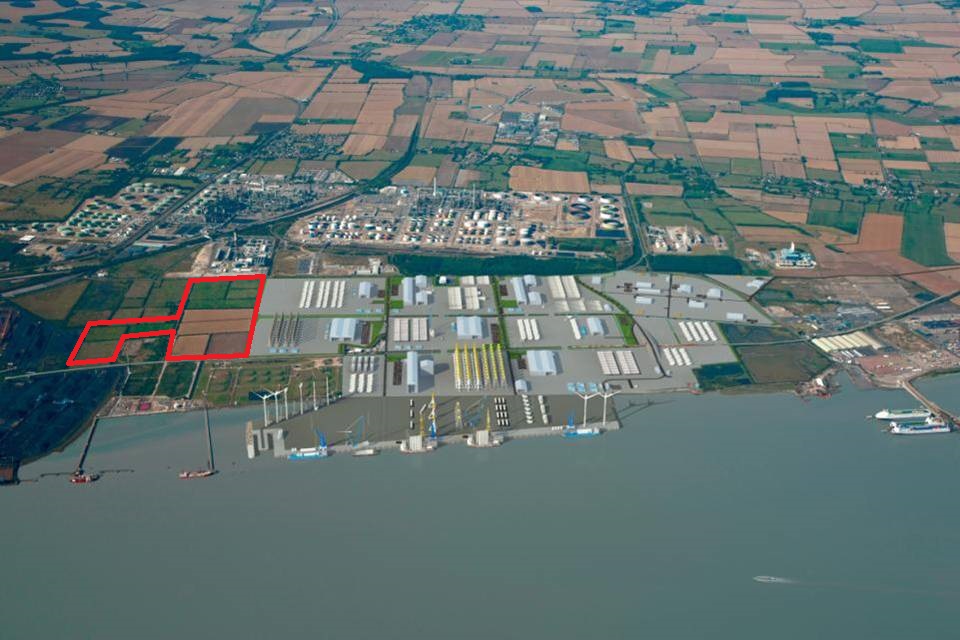 LOCATION: The site in relation to Able Marine Energy Park, as envisaged when complete.

“The site is ideally located between both Port of Immingham and C.Ro (Humber Sea Terminal) and Able Humber Port can demonstrate a strong track record, dating back over the last decade, in attracting this type of business activity to the South Humber Bank.”

ABP has recently bought part of the former Huntsman Tioxide site to increase its car-handling capability in Grimsby, where the £26 million river terminal has dramatically enhanced capabilities, while Kia developed a similar standalone facility in Stallingborough with logistics partner Paragon.

Efforts to realise the wider Able Marine Energy Park scheme continue, with the Triton Knoll offshore wind farm project team having highlighted a desire to use it for assembly and construction. Able UK has said it needs more than a single project confirmed to make the huge investment in quayside infrastructure viable.

Mr Etherington added: “We are still ploughing our furrow, and we have meetings upcoming which may have a bearing. There is still quite a lot of activity going on behind the scenes.”