The company that runs Southampton’s major shipping terminal, Associated British Ports, has spoken out against the introduction of a £100 per-day charge for heavy goods vehicles (HGVs) entering the city as part of plans to tackle air pollution.

Southampton is one of five authorities mandated within the government’s 2015 air quality plan to establish a clean air zone by 2020 to comply with targets on nitrogen dioxide emissions. 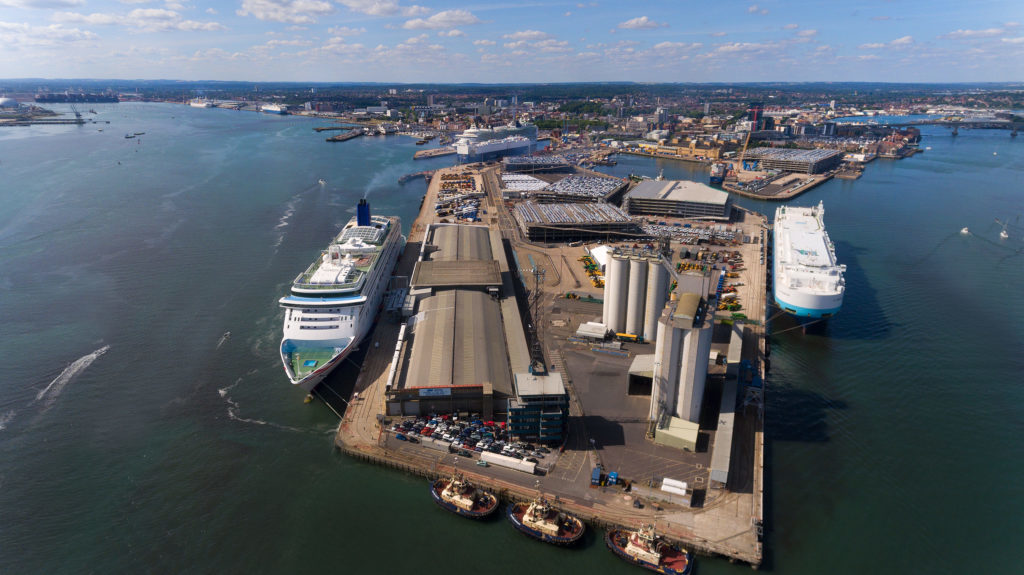 The city council has this week opened its consultation into the plans for the CAZ, which it is proposed will cover the entire city boundary including roads leading to the Port of Southampton, which sits close to the centre of the city

Under the proposals for a ‘Class B’ CAZ, HGVs that do not meet the Euro VI emissions standard could be charged up to £100 per day to enter the zone, in a bid to reduce nitrogen dioxide emissions. Buses, taxis and private hire vehicles would also be charged to travel with the zone under the proposals.

Following the conclusion of the consultation, full proposals are expected to be submitted by the city council in October, before the introduction of the CAZ at the end of 2019. 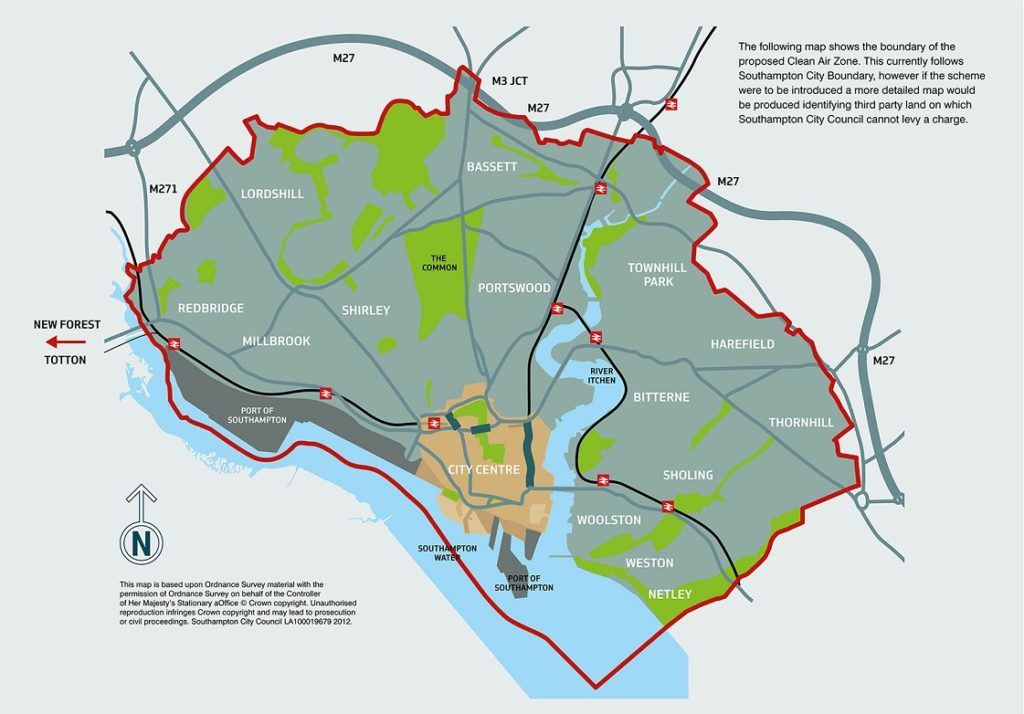 Proposals for the boundary of the Southampton CAZ

In light of the proposals tabled by the city council, ABP has this week launched an ‘Air Quality Strategy’, which sets out measures being undertaken to ‘accelerate improvements’ in air quality around the port.

Port of Southampton is a major transport terminal for the South of England, handling up to 14 million tonnes of freight each year as well as contributing around 6.9% of the NO2 emissions monitored within the city. In comparison HGVs contribute an estimated 34% of the city’s NO2.

ABP Southampton director Alastair Welch said that the move was intended to remove the need to introduce a ‘blanket charge’ for HGVs.

Within its strategy, the port operator said it is ‘committed to working with the council to continue the trend of reducing emissions in the city without the need for a city-wide charging regime’. 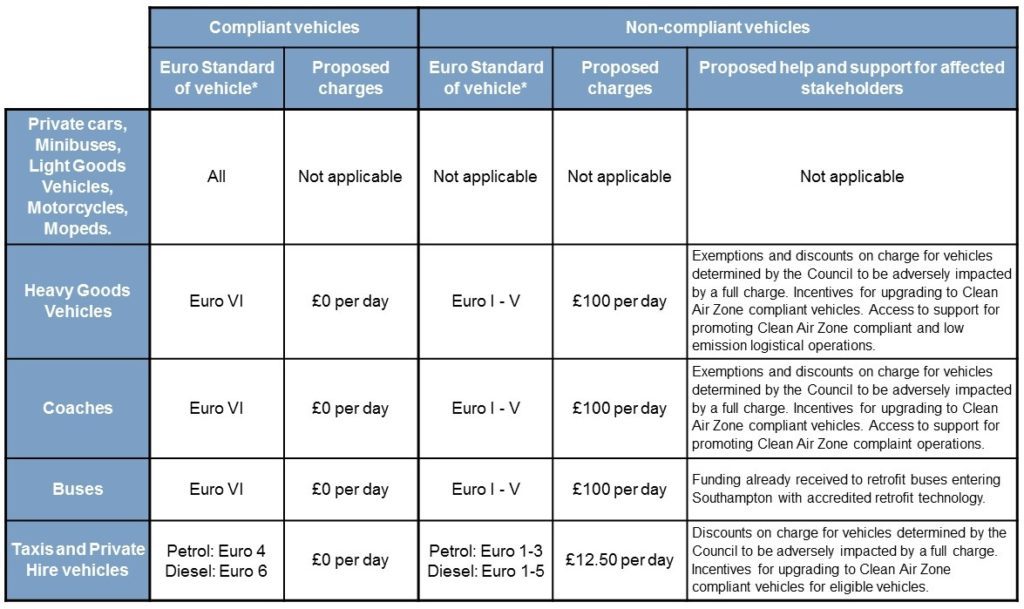 How charges coud be levied under a CAZ

Measures outlined in the strategy include investment in the rail network and traffic management systems around the port as well as proposals to introduce a green tariff to encourage cleaner vessels to use the terminal.

ABP has also set a 2020 target for the introduction of shore power for cruise vessels, to reduce the need for them to use polluting diesel generators when docked, and to upgrade its van and car fleet to run on electricity by the same date.

Mr Welch said: “We hope that in implementing our proposed package of measures the need for the council to introduce blanket charging for HGVs across the city will be removed.

“It’s not only important that the port, our customers and the city council continue to focus on improving air quality, it’s important that we work together to accelerate those improvements and build on the significant progress that has already been made.

“Our Strategy is designed to make sure we play our full part and deliver a sustainable future for the port which, as the UK’s number one export and cruise port, makes such a vital contribution to the local and national economy.”