Ports ready to roll to save UK from ports traffic

ScottishPower Renewables has officially opened its East Anglia ONE offshore wind farm operations and maintenance base today (18 October 2019). The base has been constructed adjacent to Hamilton Dock in the Port of Lowestoft, and will support the wind farm during its construction and 30 year operational lifecycle. 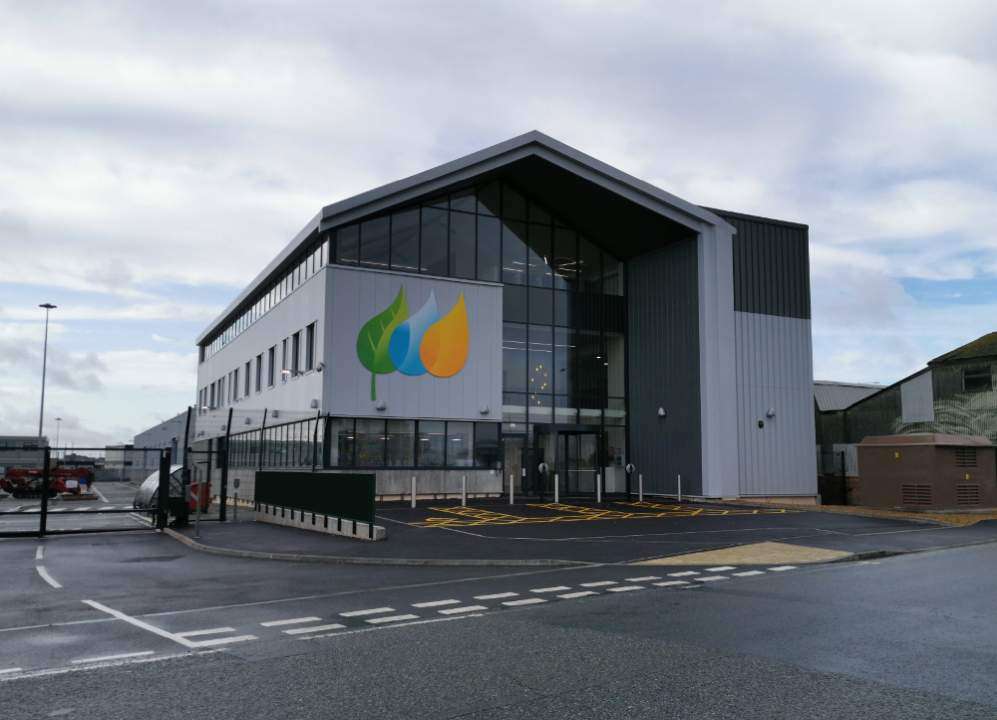 The agreement for the base to be constructed at Associated British Port’s Lowestoft Port was announced in November 2015, when the site was just an area of scrub land on the edge of the port. Construction of the building began in July 2018, with the ground officially being broken by Waveney MP, Peter Aldous, and is part of a £25 million investment made by ScottishPower Renewables into the Port of Lowestoft. The new faciltiy will be the base for up to 100 full-time employees.

Charlie Jordan, ScottishPower Renewables Project Director for East Anglia ONE, said: “Lowestoft is the home of East Anglia ONE, and to see the operations and maintenance building fully up and running really demonstrates that fact. It’s not just the base of operations for the windfarm, but a symbol of our long-term commitment to the region and our drive to grow the offshore wind industry in Lowestoft and East Anglia.

“In just 14 months, the construction team have turned an empty site on the Port of Lowestoft into a state-of-the-art establishment and we are grateful for all of the work which has made the base into what you see today. Most of the operations and maintenance team are based within a few miles of the site and have worked on other local windfarms, bringing with them great knowledge and expertise. This has allowed us to perfect design elements of the base, making it super-efficient and reinforcing the East of England’s leading position in the sector. . . . .