A port has said it remains “on course” to be the first in the UK to introduce shore power for cruise ships. 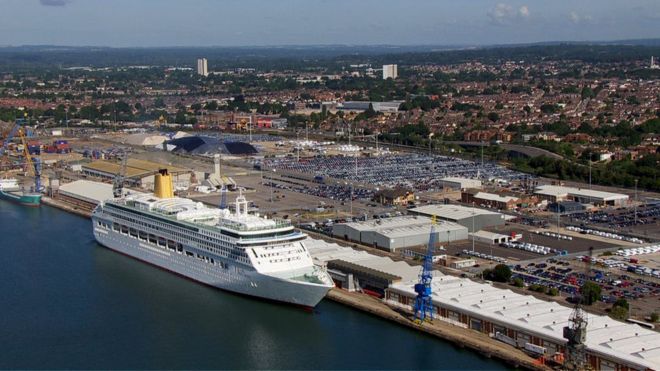 Associated British Ports (ABP) said it would meet a previous pledge to install the technology in Southampton in 2020.

However the firm said it had not yet resolved issues over funding and a potential drain on the National Grid.

On a recent visit to the port, prime minister Boris Johnson said he was “very interested” in shore power as a means of limiting pollution from ships.

Shipping is forecast to emit between 2% and 6% of nitrogen dioxide emissions in Southampton, ABP’s Port Air Quality Strategy said in 2018.

However a report to Southampton councillors in January 2019 said shore power “demonstrated no discernible benefit to nitrogen dioxide concentrations at EU relevant locations”.

The council applied in January 2019 for a government grant to fund a £7m shore power scheme.

However the bid was rejected because of concerns over insufficient benefits and speed of delivery, the authority said.

On a visit to Southampton on 2 December, the prime minister told reporters: “We need to reduce the diesel fuel emissions from ships.

. . . . . continue reading g the article on the BBC News website