The Port of Tilbury welcomed Rt Hon Boris Johnson MP to the UK’s newest port today [31 January] to officially open Tilbury2. Visiting the Thames-based port, the Prime Minister was given a tour of the country’s largest freight ferry terminal, the site of what will become Britain’s biggest construction processing terminal and new border infrastructure, alongside meeting the port’s key workers, apprentices and customers like P&O Ferries and Tarmac.

On the two year anniversary of the UK leaving the EU, the Prime Minister was given an overview of the technology-backed systems that streamline clearing the border, such as number plate recognition, and the 12-bay Border Control Post, which will house government agencies making physical checks. Built and operational during the height of the pandemic, the port terminal handles containers and trailers with exports and imported goods, including food, drink and medical supplies to and from continental Europe on P&O Ferries’ busy Tilbury-Zeebrugge freight route. The site also handles Tesco’s new refrigerated train service to Scotland’s premier freight hub at the Port of Grangemouth.

Tilbury2 is a £250m investment by Forth Ports Group on a former power station site spanning 160-acres. When fully operational in two months’ time, Tarmac’s construction materials terminal (CMAT) will use a bespoke 2km long aggregates conveyor system and a railhead capable of taking the longest freight trains at 775m, meaning construction materials can be delivered efficiently from vessel to the terminal for processing before moving onto building projects and public infrastructure schemes like HS2 without the use of heavy road haulage.

The Prime Minister, Boris Johnson, said: “It was an honour to officially open Tilbury2, the UK’s newest port, and meet with key workers and apprentices on site.

“Freeports are driving trade, investment and jobs right across the country and helping to capitalise on our newfound Brexit freedoms.

“It is hugely welcome to see the Port of Tilbury going from strength to strength, benefiting not only businesses and workers but also the wider Thames Gateway region”.

Commenting on the visit and official opening of Tilbury2, Charles Hammond OBE, Chief Executive of Forth Ports, said:

“Tilbury2 is a national success story. British financed and British built for a rapidly growing British company and delivered during the height of the pandemic.

“The burgeoning logistics cluster at Tilbury has been boosted by Thames Freeport status and is primed to be part of global Britain’s future as we look to drive forward sustainable growth, with manufacturing, next generation logistics and clean energy generation at its heart.” 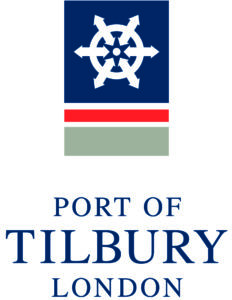