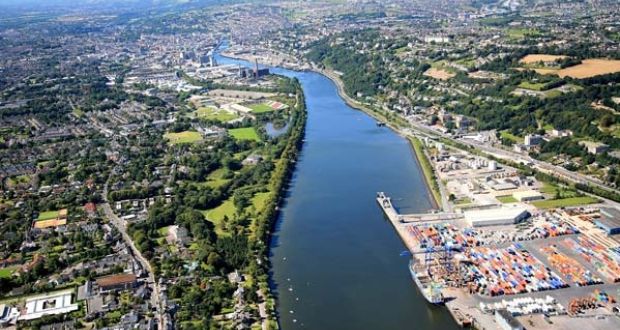 A €12 million arithmetic mistake in a bid to relocate container shipping at one of the country’s busiest seaports could hold up the €82 million project, it has been claimed in Commercial Court proceedings.

Building company BAM Civil Ltd, which won a €46 million tendering process for some of the relocation works at Cork port, said it made a “significant mistake” in the computation of its tender.

It has told the Port of Cork Company (PoCC) that, after carrying out a review of its €46.3 million tender price, it “discovered there was an arithmetical error” and it had “omitted approximately €12 million” from the price.

That consisted of 6 per cent for head office/offsite overheads and 18 per cent for site preliminaries/overheads “such that our tender is not sufficient to construct the project”.

As a result, PoCC has brought proceedings against BAM seeking a number of orders, including that it commence permanent and temporary works referred to in the contract, provide tax clearance certificates, evidence of insurance and “performance security” for the project.

The contract is part of an €82 million plan to move the existing container shipping activity from the city-centre Tivoli location to Ringaskiddy by 2025. It will comprise a 360m single berth, a straddle carried operating system and a new maintenance building.

About 160 acres at the Tivoli land is to be redeveloped for residential and mixed-use purposes.

PoCC said the project is part of the Government’s March 2013 National Port’s Policy Statement, and it has already been awarded significant grant funding by the EU.

PoCC has also signed funding agreements, following approval by the Government, with AIB, the European Investment Bank and the Irish Strategic Investment Fund.

In an affidavit, John Geoghegan, project director for PoCC’s Ringaskiddy redevelopment, said that PoCC sent a letter of acceptance to BAM on December 20th last. This followed a 13-month tender process.

However, Mr Geoghegan said that in various letters since then, BAM had purported to raise questions as to whether a contract was concluded and more recently sought to deny the existence of the contract.

It asserted it made a mistake and was “entitled to rescission of any such contract by reason of mistake or alternatively rectification”. BAM also stated “no legal relationship or other obligation shall arise” between the parties unless and until the contract had been formally executed in writing.

PoCC said the contract was concluded by reason of the letter of acceptance sent on December 20th.

There was a risk that PoCC will not have sufficient time to complete the redevelopment if BAM does not progress the works in accordance with the timelines in the contract, he said, adding that it may also mean having to re-run the tendering process and re-negotiate financing.

Mr Justice Brian McGovern admitted the case to the fast track commercial list and fixed a date for hearing in July.