This month we are interviewing Ms Marcela-Daniela Costea, the current General Manager of the Maritime Danube Ports Administration (APDM) Galati. In what follows, Ms Costea tells us how she got into the maritime transport sector, the main investment projects in her port, what it means to be a member of ESPO, her message to the new Transport Commissioner and many more interesting topics. 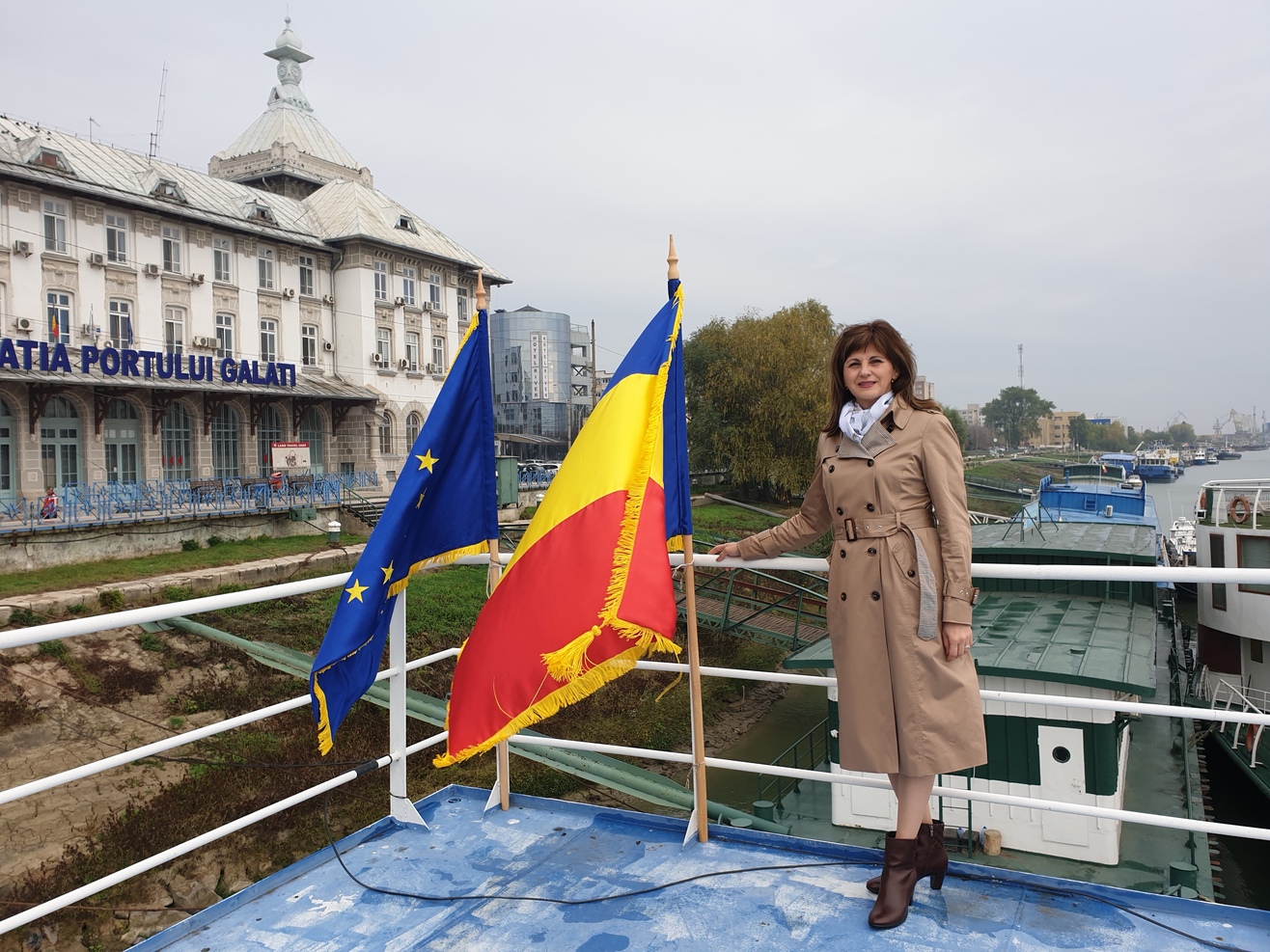 Can you briefly present the Maritime Danube Ports Administration (APDM) Galati? What are its main characteristics and challenges?

NC MDPA is a company established through the Government Decision no. 518/1998 that fulfils the role of administrator of the port infrastructure and port authority in the ports under its jurisdiction. It operates under the authority of the Ministry of Transport and carries out activities of national public interest according to the legal regulations in force.

NC MDPA fulfils the position of administrator of the shipping infrastructure belonging to the public domain of the state that was conceded to it by the Ministry of Transport based on a concession contract.

The National Company Maritime Danube Ports Administration Galati functions as concessionaire for administering public domain and exercising its prerogatives through:

The Port can accommodate inland vessels of all categories and maritime vessels up to 7,3 m draft. The port can receive and deliver freight by road, rail, maritime transport and inland waterways.

The Strategy of NC MDPA for Galati Port is for the Port to become the main logistic hub in the South-East Europe, as well as feeder port for the Port of Constanta.

Port of Braila is one of the biggest transshipment zones for grains as it is located in the middle of the largest agricultural area of Romania. Being located only 20 km from the Port of Galati, both ports  can operate more than 20 million tonnes.

Port of Tulcea is the main passenger and touristic port on the Danube and the entrance point to the Danube Delta area. It also operates as bulk and general cargo port at the regional level.

The company’s mission is also to develop and promote ports in the maritime sector of the Danube, to integrate them into river, sea, road and rail transport routes, to promote inland waterway-maritime trade by providing competitive port services wich respect the community and the environment and are in line with European Union standards.

How did you get into maritime transport? How did your career path lead to this position?

I worked for many years in the Commercial Department of the largest Romanian integrated iron and steel plant, ArcelorMittal Galati, and afterwards as head of by-products department. I was dealing with import-export contracts of raw materials, spare parts, refractory materials for steel production as well as finished products (hot and cold rolled steel galvanized, steel plates) and by-products. While handling import-export contracts, I followed-up the entire supply chain for the integrated iron and steel works, also through the ports managed by the CN APDM SA Galati.

Subsequently, I took up a new professional challenge. I started working as a consultant for the LNG Masterplan for the Rhine-Main-Danube project, which was approved by European Commission in 2012. The activities were related to the preparation of the Prefeasibility Study and the Preliminary Technical Concept for the Liquefied Natural Gas Terminal in the maritime Danube area . . . . .