This month we are taking you to Ireland, more specifically to Cork. In what follows, Brendan Keating, Chief Executive of the Port of Cork will discuss his views on the future of his port, ongoing and planned investments, the impact of Brexit, the relationship with the local community and many other interesting topics. 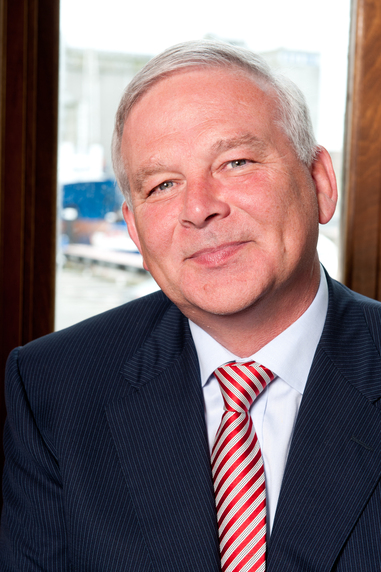 Can you briefly present the Port of Cork? What are its main characteristics and challenges?

The Port of Cork is the key seaport in the south of Ireland and is one of only two Irish ports which service the requirements of all six shipping modes i.e. Lift-on Lift-off, Roll-on Roll-off, Liquid Bulk, Dry Bulk, Break Bulk and Cruise. The port is classified as a Tier 1 port of national significance and has made impressive strides in recent decades. The Port of Cork owns and operates facilities in Cork City Quays, Tivoli, Ringaskiddy and Cobh. In 2017 the Port of Cork jointly purchased Marino Point, a deep-water port facility and set up Belvelly Marino Development Company. As well as Cork, the Port of Cork controls and operates a smaller port in West Cork, called Bantry Bay Port Company.

In 2018 the Port of Cork reported a total traffic through both the Port of Cork and Bantry Bay Port Company of 10.6 million tonnes, an increase of 3% compared to 2017. Total imports increased by 8% while exports increased by 5%. The most growth was seen in the agri-food sector such as animal feed, fertilizers and cereals which increased by 39% over the year. Oil traffic handled through Whitegate Oil Refinery owned by Canadian company Irving Oil saw an increase of 4%. Total container volumes through both Tivoli and Ringaskiddy Container Terminals grew by 6% compared to 2017 figures, with a total of 229,762 TEU’s handled in 2018. In 2018 the Port of Cork handled 95 cruise liners bringing over 157,000 passengers and crew to the region, while Bantry Bay Port Company welcomed 10 cruise liners to the harbour town.

As in any port, the Port of Cork has its challenges. The biggest challenge most recently has been the need to relocate all port operations from our current City Container Terminal at Tivoli to the lower harbour in Ringaskiddy. With ships globally getting larger at an accelerated pace, the Port of Cork faced access restrictions on the river and in future proofing the port, decided to move to a new deep-sea location at Ringaskiddy, Cork Container Terminal.

The Port of Cork is a commercial Semi-State Company employing up to 120 employees.

What is your vision for the Port of Cork for the next decade to come?

My vision for the Port of Cork would be that it would become a digitally enabled major energy hub and the primary . . . . . .

. . . . . continue reading the Interview on the ESPO website here