The Port of London Authority (PLA) has unveiled a smart new eco-friendly £400,000 boat hoist to give its fleet – and other vessels on the Thames – a lift. 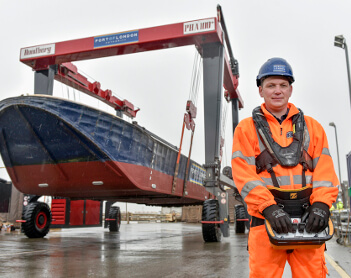 The Power Hoist Atlantic (PHA) 100, made by Roodberg in the Netherlands, was recently brought into service at the PLA’s Marine Services boatyard in Denton, Kent. It can lift 70 tonnes – 10 more than the authority’s previous lift, which was in use for about 10 years.

Not only that, the PHA is more fuel-efficient, eco-friendly and much more manoeuvrable. It means the PLA Marine Services team can lift the majority of the authority’s more than 40 vessels out of the Thames and deal with a wider variety of third-party Thames boats too.

The boat hoist weights 35 tonnes and is almost 11 metres tall. Its construction at the Denton yard was overseen by the PLA’s marine manager ashore Danny Marsh. 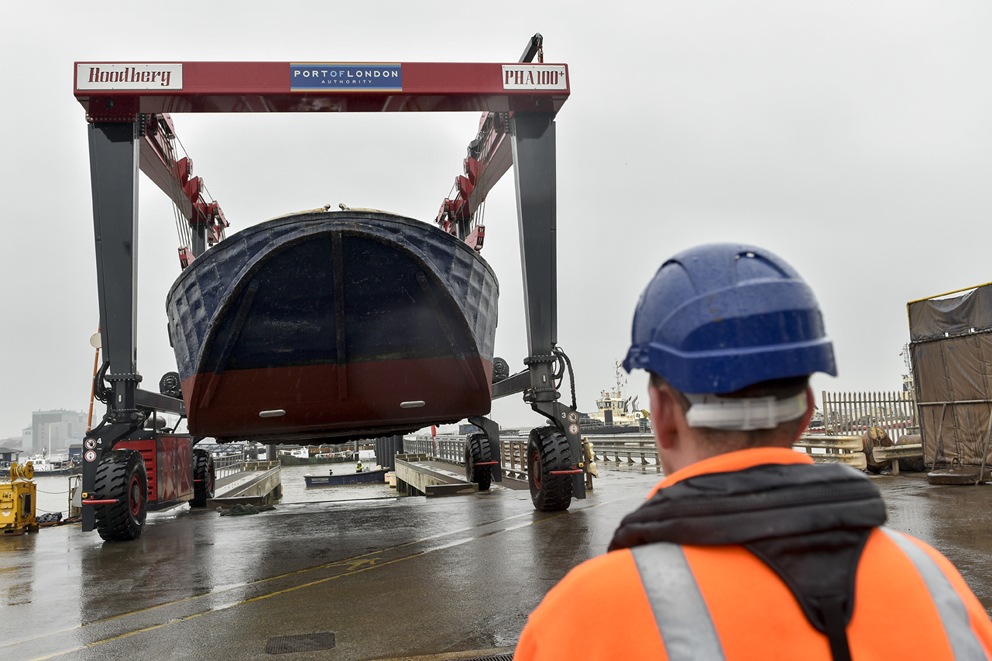 “Replacing our boat lift with a new, higher capacity one underlines how important this operation has become, both to the PLA and the wider Thames community,” said PLA marine operations director, Peter Steen. “Over the past 10 years we have invested more than £10 million in creating at Denton the well-equipped boat yard and load out facility it is today. Bringing in a higher capacity boat lift, with greater functionality, means we’re well set for the future.”

PLA mechanical and electrical engineer Dave Fallows said: “This new equipment is able to deal with all our heavier vessels, with the only exception being London Titan. It’s much quieter than the existing machine, with heavy duty industrial tyres considerably reducing the risk of punctures.”

Dave added that the lift has four-wheel steering which lets it rotate on the spot – enabling the team to make better use of precious yard space. Additionally, the hoist includes a 1,500kg crane on top of the structure, making it more efficient for removing engines and gearboxes etc, compared to using the 50-tonne mobile crane currently used.

The purchase of the hoist was facilitated by The Pontoon and Dock Company who represent Roodberg in the UK. As well as supplying boat yard equipment and other marina supplies, Pontoon and Dock also provide manufacturer and insurance approved training on boat yard machines, and numerous other marine services.