Farewell to our Richard 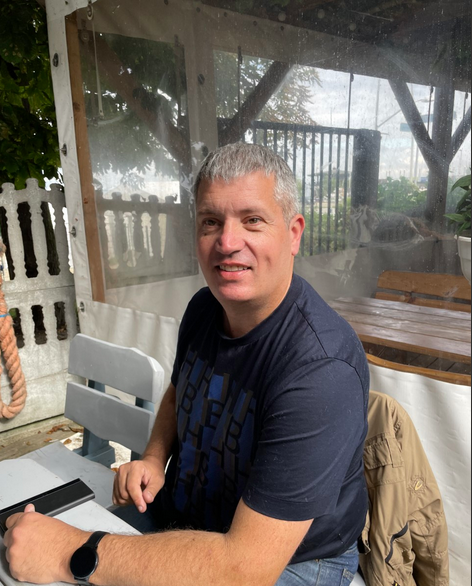 Friends and colleagues from across the global maritime industry have been paying heartfelt tribute to Richard Morton, Secretary General of the International Port Community Systems Association (IPCSA), who has passed away at the age of 50.

Despite battling with illness for many months, Richard remained positive and enthusiastic to the end, his drive undiminished as he continued to support IPCSA members and make ambitious plans for IPCSA’s future.

Born in Suffolk in the UK, Richard spent his early career working in European road, sea and air freight operations. He then joined the private-public sector Haven Gateway Partnership, where as project director he secured and led the Partnership’s participation in European Interreg projects including Portnet, Port Integration, Dryport and Cruise Gateway North Sea.

The European Port Community Systems Association (EPCSA) was created with six founder members in 2011, as a direct outcome of the Dryport project, and Richard was appointed Secretary General. Port Community System operators, along with Cargo (air) Cargo Community and Single Window operators, provide the vital electronic data interchange which is at the heart of smooth cargo flows on sea, land and air, and yet they had never before had a collective voice.

Thanks to Richard’s dedication, determination and enthusiasm, EPCSA grew rapidly, in terms of membership numbers, reputation and influence. In 2014, the association was renamed IPCSA, the international organisation that today has more than 50 members from all regions of the world.

Richard ensured that IPCSA had a voice at the highest levels, from the International Maritime Organization (IMO) to the European Union.

Richard was also an expert for UNCEFACT and APEC eCommerce Business Alliance Expert Council, as well as supporting organisations around the world with guidance on developing Port Community Systems and Single Windows.

Richard will be remembered by IPCSA members for his ability to bring people together, encouraging the sharing of experience and expertise for the greater good – and for creating the “IPCSA family” in which members also became friends.

As IPCSA celebrated its tenth anniversary in 2021, Richard reflected: “When we had our first conference, in Brussels, and formally launched what was then EPCSA, it was to support and provide a voice for PCSs related to Europe’s Maritime Single Window proposals. Very quickly, we were joined by new members from Belgium, Spain, Israel and then Ukraine. The association broadened out and it became more like a family than an association.”

He was determined that IPCSA’s success should be based on a foundation of trust and sharing.

“We are proud to be a neutral community engaging with global, regional and national logistics communities and relevant public bodies, acting in the common interest of all of our members,”

The last major gathering of IPCSA members and partners before the arrival of Covid-19 had been a two-day meeting – hosted by the World Economic Forum in Geneva – to discuss The Future of Cross Border Digital Trade.

But next, Richard did not let the pandemic hold back IPCSA’s activities – rather the reverse. During 2020 he ensured that IPCSA excelled itself in reaching out to members, pushing forward with new technologies and innovations, and helping members get to know each other even better. Regular community ‘e-coffee’ gatherings via Zoom were incredibly popular, enabling members to meet informally, share experiences and support each other through the challenges of Covid-19 as true friends and colleagues.

Among many milestones, IPCSA launched its Network of Trusted Networks (NoTN) a secure port-to-port and cross-border data exchange solution which provides predictability, visibility and certainty within the supply chain; developed and piloted a Blockchain Bill of Lading, in a project led by Israel Ports Company, operator of the Israeli Ports Community System (IPCS); was one of the leading signatories to the International Maritime Organization’s ‘Call to Action’ to accelerate the pace of

digitalisation to cope with a post Covid-19 new normal; and integrated the standards specialist group PROTECT into IPCSA, a significant step forward in the drive for global standards in electronic messaging at ports.

Richard met his wife, Inga, at a Portnet workshop meeting; they settled at Saulkrasti, on the Latvian coast, with daughter Aleksandra. The entire IPCSA family sends its deepest sympathy and condolences to Inga and Aleksandra for their very great loss.

“Devastated and deeply saddened, but with an indelible memory of a life marked by huge involvement, cordiality and commitment, we have had to say goodbye to Richard Morton, our dearest friend and Secretary General of IPCSA. We will miss him immensely. We wish Inga and Aleksandra a lot of strength to bear this enormous loss.”

Paco Saucedo, of the Port Authority of Algeciras, said:

“We consider us lucky to have met Richard, he was a true team builder and facilitator, always trying to build bridges between very different people.”

“Richard was a good friend, a great person to be with and a tireless advocate for Port Community Systems. He was my ‘go to’ person on the subject and never failed to respond fully and in great detail,”

“We in FONASBA will miss his wise counsel and his friendship.”

“but first of all, his smile”. He added: “That informal and open way of his that really made everyone feel welcomed and important. He has made IPSCA grow into much more than an association, a friendship.”

“Richard is a friend, a very sympathetic person, and such a talented professional, who knew how to create an international port community and make it progress.

We are now orphans.” 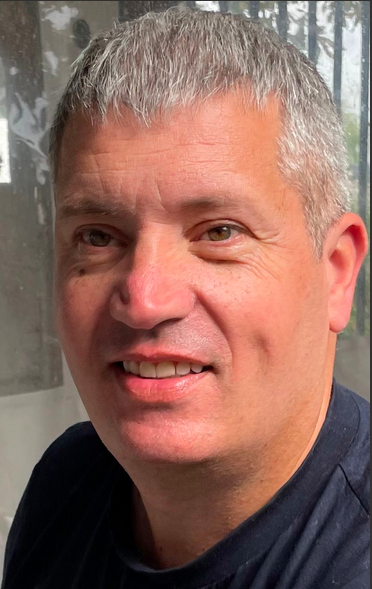