It’s all in a day’s work for the custodians of the world-famous River Thames, after nearly 70 dumped shopping trolleys were recovered in ONE DAY. 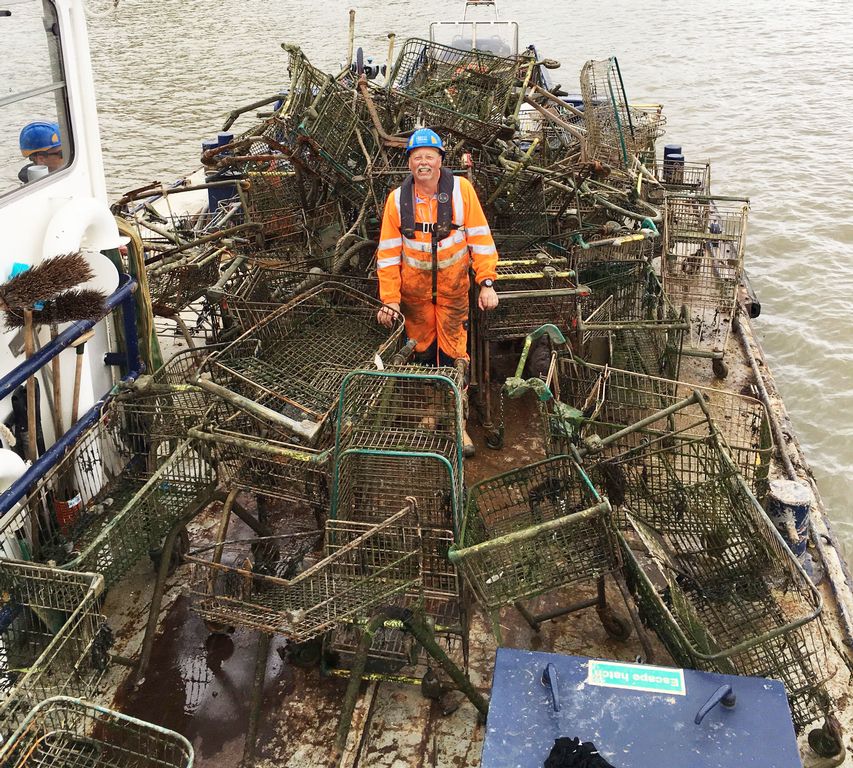 The Port of London Authority (PLA) gathered the shocking haul near Thamesmead, South London this week, while clearing the foreshore of litter.

Thanks to the crew of Driftwood III, one of the PLA’s boats which is usually tasked with clearing trees and driftwood along the tidal Thames, the metal mess will be taken away for recycling.

PLA marine manager afloat Michael Russell said: “The PLA works very hard to clear rubbish from the river but this incredible find in one pocket of the tidal Thames shows what a mammoth task it is.

“Throwing trolleys into the river is simply reckless, the tide goes out and they get stuck on the foreshore. Dumping huge objects like this threatens wildlife habitats and could cause environmental damage. They also look dreadful and, more importantly, could become be a hazard to the thousands of ships navigating the Thames every year.”

We annually pull more than 200 tonnes of assorted floating rubbish from the river, including plastic bottles, traffic cones, bicycles and, occasionally, cars.

read the full article on the PLA website here